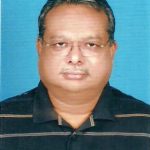 Sarajun Hoda has been an ALIRAN EXCO member since 2003, the face of ALIRAN in the Klang Valley and has coordinated the International Bureau for the last 10 years. A former student leader in India, he has been a human rights activist for 35 years and counting.

Born in Perak and raised in Langkawi, Sarajun Hoda is active with several coalitions and networks within Asia and Europe, working on issues on human rights, rights in Islam, freedom of faith, eradicating poverty, social justice, reclaiming commons, local government, Free Trade Agreement. He is a founding member of several NGOs/RAs as well as the National Parent-Teacher Association and Urdu Association. He was Chairperson of Malaysia-Iraq Friendship Association, and Floodwatch Prai, Penang. Occasionally, he writes on national and international issues, and speaks on current and local issues. 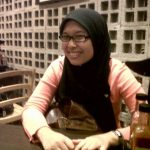 Fadiah is a human rights lawyer and practising law at Messrs Kesavan. She was a secretariat member of Suara Rakyat Malaysia (SUARAM), one of the leading human rights advocacy NGOs in Malaysia, which deals with detention without trial, police brutality, abuse of police powers, the protection of refugees and migrant workers, indigenous peoples’ rights and corruption. She was also a committee member of Abolish ISA Movement (GMI), Secretary of the Bar Council Kuala Lumpur Legal Aid Centre for the year 2009-2010, and a member of the Bar Council Human Rights Committee for 2007-2009.

Dr Abdul Halim is a spine surgeon who also lectures at the School of Medical Sciences in Universiti Sains Malaysia. Born in Kelantan, he is President of Malaysia Spine Society, Secretary of World Endoscopic Spine Society (WESS), Chairperson of the Coalition of Kelantan NGOs and Chairperson of Kelantan Medical Specialist Club. He has coordinated election observers under Malaysians for Free and Fair Elections (MAFREL) and Institute for Democracy and Economic Affairs (IDEAS).

BERSIH 2.0 thanks former Deputy Chairperson Dr Ahmad Farouk Musa for his contributions and wishes him the best in his other undertakings.